In reply to: Building the Woke Web: Web Accessibility, Inclusion and Social Justice – A List Apart

All the tenets of intersectional feminism, web accessibility, and diversity and inclusion are inextricably tied up in making the web a better place, for all and by all.

🙌 Liked: We Can’t Do It Ourselves | LOW←TECH MAGAZINE

If you are gonna do a thing, you might as well do that thing as well as you can. 🍕

…I looked through all the other captions of photos similar photos of the destroyed core, and they were all taken by Korneyev, so it’s likely this photo was an old-school timed selfie. The shutter speed was probably a little slower than for the other photos in order for him to get into position, which explains why he seems to be moving and why the glow from his flashlight looks like a lightning flash. The graininess of the photo, though, is likely due to the radiation.

Confession — I haven’t dug into this yet. As someone with 2 degrees in Human Ecology (e.g. the interdisciplinary study of people and our environment) I feel obligated to read this.

A bit more background on rights for nature.

Tending the Digital Commons: A Small Ethics toward the Future

What do I mean by “the open Web”? I mean the World Wide Web as created by Tim Berners-Lee and extended by later coders. The open Web is effectively a set of protocols that allows the creating, sharing, and experiencing of text, sounds, and images on any computer that is connected to the Internet and has installed on it a browser that can interpret information encoded in conformity with these protocols.

In their simplicity, those protocols are relentlessly generative, producing a heterogeneous mass of material for which the most common descriptor is simply “content.” It took a while for that state of affairs to come about, especially since early Internet service providers like CompuServe and AOL tried to offer proprietary content that couldn’t be found elsewhere, after the model of newspapers or magazines. This model might have worked for a longer period if the Web had been a place of consumption only, but it was also a place of creation, and people wanted what they created to be experienced by the greatest number of people possible. (As advertising made its way onto the Web, this was true of businesses as well as individuals.) And so the open Web, the digital commons, triumphed over those first attempts to keep content enclosed.

Autism from the inside

When I come across instances of this folk understanding of autism, I am reminded of Edward Said’s 1978 description of the orientalist gaze, in which the exoticised subjects endure a kind of fascinated scrutiny, and are then rendered ‘without depth, in swollen detail’.

…In this anaerobic environment, the qualities routinely assigned to autistic people — lack of empathy, unworldliness, humourlessness, the inability to love — are the exact inverse of the qualities that a neurotypical society most prizes.

For a moment, let’s flip things over. To an autistic viewer like me, neurotypical life can seem astonishingly unemotional. I’m so overwhelmed by the sensory onslaught of a busy room that I’m almost tearful, while neurotypical folk appear to wade through clouds of sound, light and odour, entirely oblivious. It’s hard to resist the impression that they’re numb, or unreal somehow. They are certainly displaying a lack of affect in the face of extreme provocation. Where I am in constant movement; they are somehow still.

The incredible nature of Abstract Art and how it can change the way you think about everything.

The point of the art wasn’t what you saw on the original painting, but what it left behind after you had looked at it. The experienced stayed and lingered with you. I thought this was incredible, and beautiful and amazing.

Variations On A Utilitarian Theme

Read along, if you will, as I tell a little story of sorts through a series of excerpts. It is essentially a story about the links among prevalent trends involving surveillance, data, security, self-documentation, and happiness.

The Ones Who Walk Away From…Facebook

This post has three parts: in the first, I look at what I like about “the web standards stance” or a “vanilla approach”. In the second, I share what I liked when I used a JavaScript component framework. In the last part, I look at whether these two approaches are actually different: maybe I assumed a false dichotomy?

How to master advanced TypeScript patterns

This Medium post sneaks in a pretty solid overview of currying (as I understand it, at least).

We Need Chrome No More

The dominance of Chrome has a major detrimental effect on the Web as an open platform: developers are increasingly shunning other browsers in their testing and bug-fixing routines. If it works as intended on Chrome, it’s ready to ship. This in turn results in more users flocking to the browser as their favorite Web sites and apps no longer work elsewhere, making developers less likely to spend time testing on other browsers. A vicious cycle that, if not broken, will result in most other browsers disappearing in the oblivion of irrelevance. And that’s exactly how you suffocate the open Web.

Flashback to the last week’s link log, from Choo’s documentation:

Learn about compilers by reading through a very tiny one.

Our mission is to incubate a humane dynamic medium whose full power is accessible to all people.

A Beginner’s Guide To Dragon Ball

The biggest lie you’ll ever hear about Dragon Ball from both fans and critics alike is that there are long stretches of episodes full of attacks charging and nothing else. It was something I had always heard about the show and was warned about when I decided to check it out. I waited and waited for these fabled episodes and by the end of DBZ, I realized they don’t exist

Once upon a time I watched a ton of Dragon Ball and One Piece…in French. They use the imperative tense a lot. I’d like to re-watch some of each in English one day.

In reply to: March for Our Lives: 'We Can't Wait to Fix This' - The Atlantic

By far the most radical part of the March for Our Lives was this: Hundreds of thousands of adults stood outside on a bright, cold spring day and seriously listened to children and teenagers talk about their lived experience. It was a day when adults paid attention to the everyday lives and traumas of young people—not out of fear, anxiety, or frustration—but out of respect. 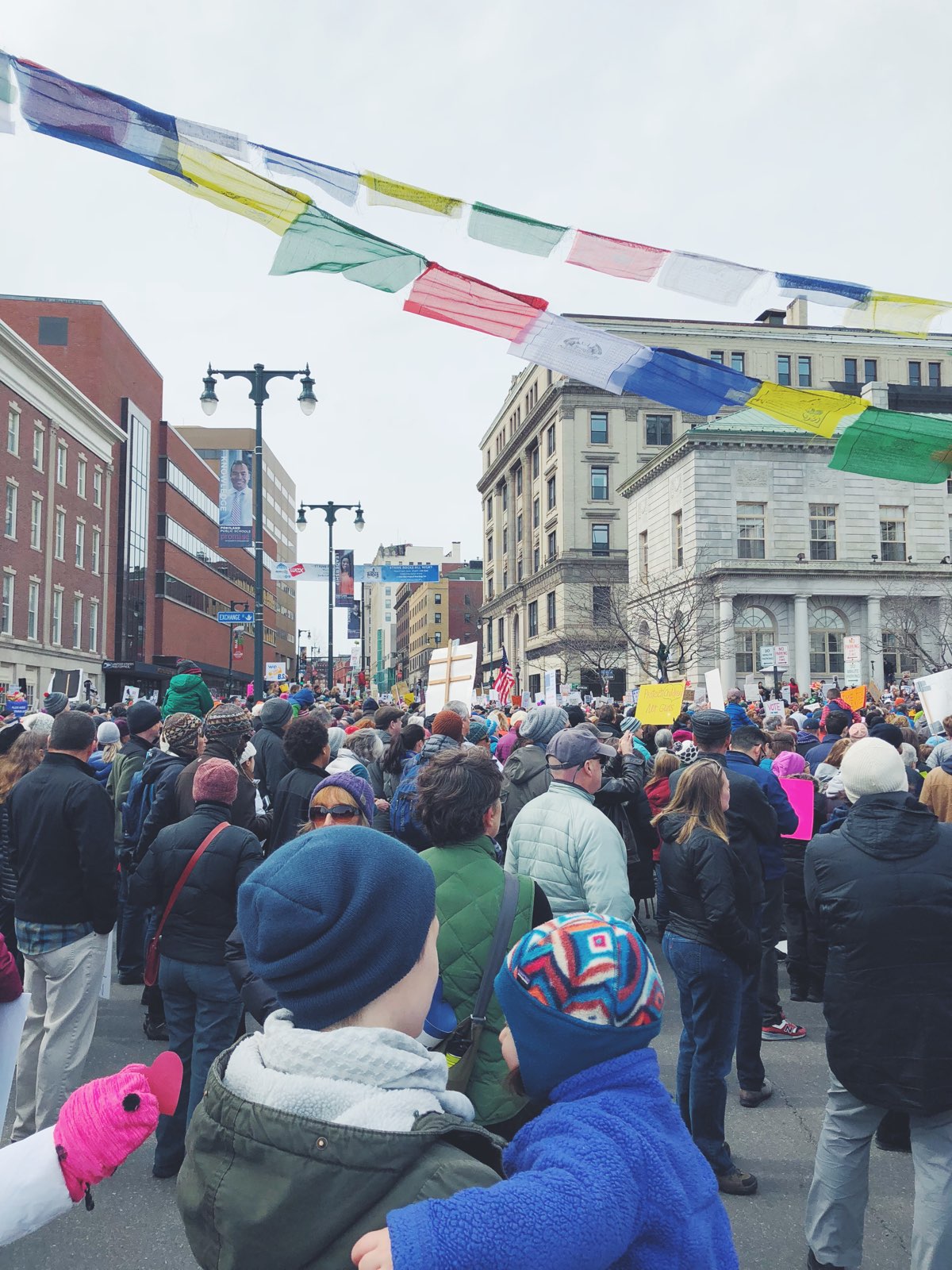 🙌 Liked: Nearly One Million Students Across The US Walked Out To Honor The Parkland Shooting Victims

In reply to: Lyft Will Offer Free Rides to Anti-Gun Rallies - CityLab

Millennials and now post-Millennials have long been dismissed as a digitally dazed generation, reliant on their parents for transportation and financial support, and disengaged with real-world issues. What we’re seeing in the wake of the Parkland shooting is another narrative emerging: young people who are very much on the move, wielding the digital tools they understand best to shift the political landscape around their needs and concerns. No wonder Lyft is hustling to meet them where they are—politically powerful consumers, growing up to be unlicensed adults.