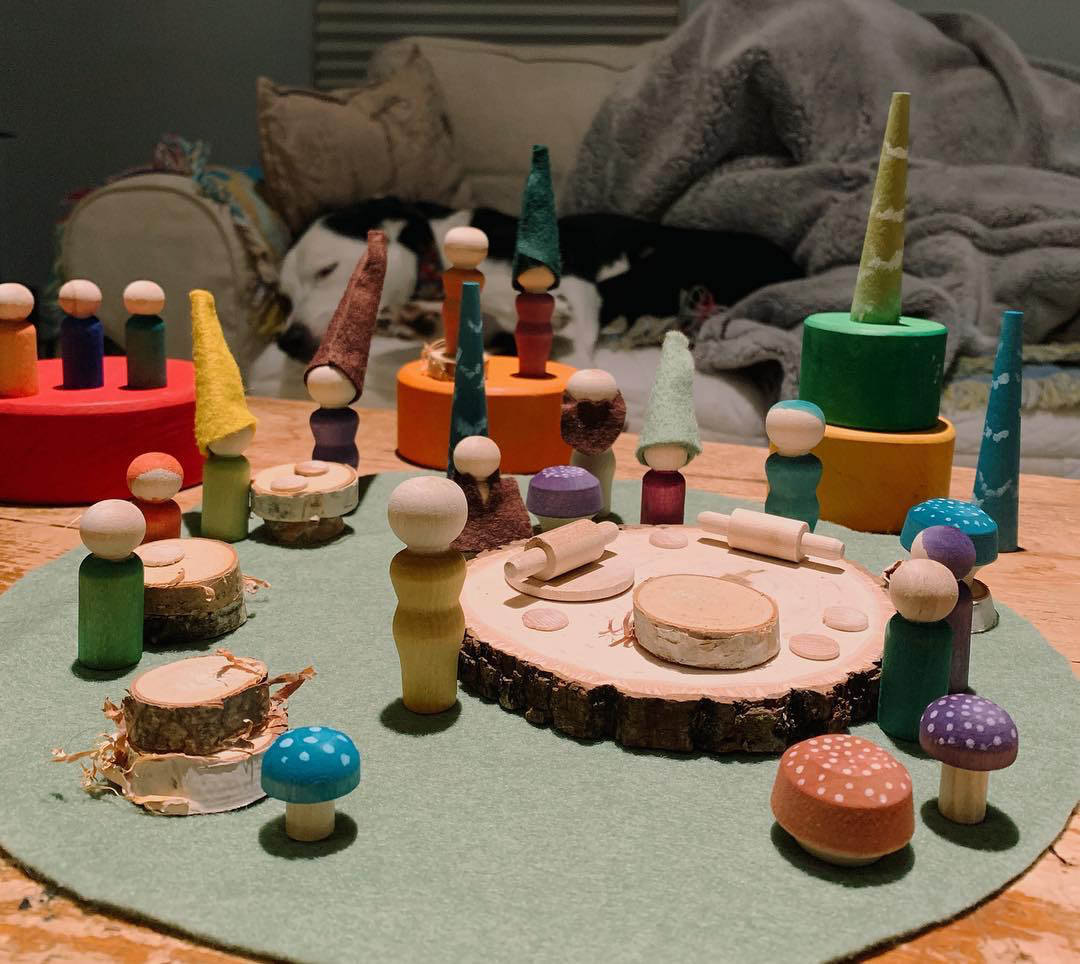 Some folks watch football. We paint wooden gnomes and make little felt hats for them so they can run a small cafe.

This is a response to an article from The Next Web’s, “What designers need to make wearable tech exciting again,” which is itself sort of a response to two articles, one on The Verge, and another in Forbes.

I think so, and I’d argue they got this whole wearable tech thing right! Wearable technology isn’t necessarily about sensors and personal metrics, and the term “wearable” could be a misnomer. Maybe it isn’t about the technology being wearable, rather it is about its being unobtrusive enough to carry with you everywhere you go—it is about having a relationship with the tech—it is about devices that listen.

Whereas “responsive” web design is the new standard, maybe “responsive” technology is a better term than wearable technology. By responsivity, however, I mean something more like “listening.” A responsive website can refactor to the device on which it is being rendered. A responsive website responds to the device on which it is displayed—wearable tech responds, or listens to the person who is wearing or using it…and does so in a manner tailored specifically to that person. Tamagotchi(s?) did this upside down by forcing their users to respond to their, the Tamagotchi’s, specific, seemingly unique, needs, and wishes. Perhaps fitness tracking wearables aren’t the end-all-be-all of wearable tech because they don’t do anything new? Folks have been exercising, and even charting their exercise for a lot longer than iPhones, touch screens, Bluetooth, and sensors have been around. The experience of exercising is one that isn’t dependent on, or even that enhanced, or enchanted by wearable technology. I think the key to wearable tech is in generating new experiences, or creating new relationships. That being the case, Bandai cracked the wearable tech code with Tamagotchi. So, what do designers need to make wearables exciting again? Designers need to look to Teddy Bears, action figures, dolls, and security blankets when designing wearable technology. They need to look at toys and those other objects that people, be they children or adult, form relationships with. Because most adults aren’t as freely able to connect with, and imaginatively animate inanimate objects as are children, designers need to create devices that form the relationship with their users…their people. When relationships are formed with a device, even if that device isn’t the most useful thing in the world (i.e. a Tamagotchi), people will be willing, and happy to carry or even wear that device wherever they go.

I originally posted this on Medium, May 19th 2014. It is a wee bit dated, but I’ve been thinking a lot about Tamagotchi lately, and thought it was time to liberate the piece from Medium.